From:  The Seattle Times 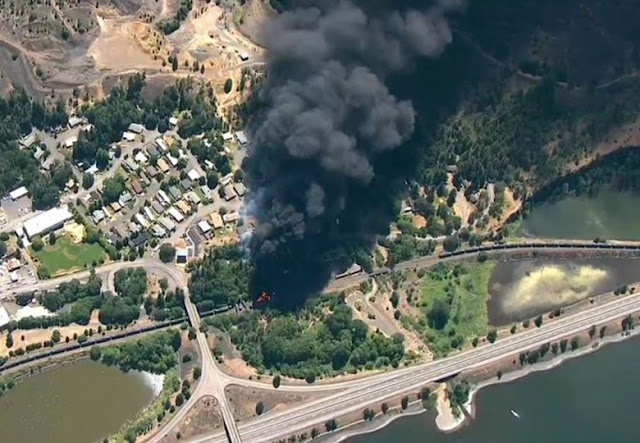 By Seattle Times staff
MOSIER, Oregon — A Union Pacific train towing cars full of crude oil bound for Tacoma has derailed and is on fire in the Columbia River Gorge east of Portland.

Less than a dozen rail cars in a 96-car train derailed in Mosier, Ore., at about 12:20 p.m., said Aaron Hunt, director of corporate communications for Union Pacific. Six to eight of the cars were on fire, according to the Oregon Department of Environmental Quality.

There were no fatalities or injuries reported.
MORE

Posted by Melinda Pillsbury-Foster at 8:14 PM