In Memoriam: Liu Xiaobo - by A. D. Coleman

From:
Photocritic International
A. D. Coleman on Photography and New Technology

In Memoriam: Liu Xiaobo
Chinese poet, dissident, and 2010 Nobel Peace Prize recipient Liu Xiaobo died of acute liver cancer on Thursday, July 13, 2017 while in police custody. At the time of his death he had been released from prison, where he had served almost nine years of an 11-year sentence, and transferred to the First Hospital of China Medical University in Shenyang. There the Chinese authorities kept him under guard until his passing, preventing him from making any final public statement.
In 2009 a Chinese court convicted Liu of subversion for his role in co-authoring and disseminating “Charter 08,” which called for the recognition and practice of the democratic freedoms proclaimed in the constitution of the People’s Republic of China. His opposition to the Chinese Communist Party goes back to his leadership role in the events leading up to the Tienanmen Square Massacre of June 4, 1989.

How Liu managed to reach a state of terminal liver cancer while imprisoned and under the presumed supervision and care of the Xi Jinping regime remains unexplained. He is the first Nobel Peace Prize winner to die in prison since the anti-Nazi German pacifist Carl von Ossietzky in 1938.
You’ll find his New York Times obituary here, written by Chris Buckley.
Predictably, just hours after Liu’s death Donald Trump praised China’s president, Xi Jinping. Trump has yet to acknowledge Liu’s death.

Liu Xiaobo’s wife (now his widow), the noted poet and photographer Liu Xia, has been under extralegal house arrest since Liu Xiaobo received the Nobel prize, although she has been neither charged nor convicted of any crime. Chinese officials refuse to acknowledge even the fact of her detention. Chinese authorities allowed her to visit her husband during his last days, under close police supervision; they were never allowed to be alone together.

Liu’s body was cremated and his ashes buried at sea, so that no gravesite exists that could serve as a place of pilgrimage by his supporters.

Liu Xia’s whereabouts are currently unknown. Those close to her fear for her mental and physical health, and her safety. With her husband now dead, she has become de facto the most internationally recognized symbol of opposition to the oligarchy that rules mainland China as a military dictatorship. 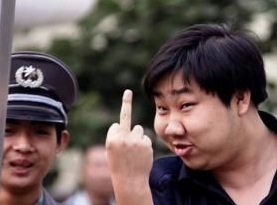 (Full disclosure: In 2012-13 I assisted with the international tour of the photography exhibition “The Silent Strength of Liu Xia,” organizing showings in Hong Kong, Taipei, Berlin, Madrid, and Richmond, VA. Toward that end I developed and published the only English-language website devoted to her work, “Liu Xia: Silent Strength.” There you’ll find information about her life and work, including a number of essays about her — one of them by me, “Freedom Reflex: The Photographs of Liu Xia.” The site also includes downloadable pdf files of two catalogs of her work. 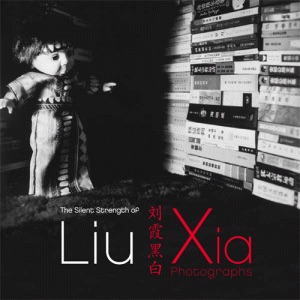 With the ascension to power in the PRC of Xi Jinping, my contacts in the circles around Liu Xiaobo and Liu Xia asked me to suspend my efforts to circulate the exhibition, and the development of the website, in hopes that the new regime in China would show leniency toward these dissidents. Clearly that has not proved to be the case.

Posted by Melinda Pillsbury-Foster at 2:05 PM No comments: