By Mike Ludwig
New Orleans -- Last month, a large cloud of flammable gas ignited at an ExxonMobil refinery near Baton Rouge, Louisiana. Six workers were injured during the 14-minute-long fire, and four of them were hospitalized with severe burns. Federal investigators said the flammable plume escaped during "unplanned maintenance" around a pump.
Soon after the accident, Anne Rolfes, the director of the Louisiana Bucket Brigade, a group that tracks petrochemical pollution and accidents in the state, told reporters that the fire was not an isolated incident. There was a fire at the refinery in December 2015, and the facility reported 890 accidents to the government from 2005 to 2014 -- an average of over one per week.
"This refinery has a terrible safety record," Rolfes said. "Exxon defers maintenance and workers pay the price."  MORE

Bucket Brigade News Release 12/15/16
350Louisiana, DisasterMap.Net, Louisiana Bucket Brigade
Contact: Anne Rolfes, Louisiana Bucket Brigade, 504.452.4909, anne@labucketbrigade.org
For immediate release December 15, 2016
Louisiana Experience Shows Trouble Ahead if Exxon CEO Rex Tillerson is Sec of State
Exxon fails to report accidents; 71 accidents by other companies in two weeks
What and when: Tele press conference about Exxon and accidents, 11:30 am central time
Report summary (map, key findings, spreadsheet of reports) available here
Call in number: (949) 229-4400 Access Code: 9341354#
If you want to see the visuals, register here for the tele press conference.
(New Orleans) As four Exxon workers remain in the burn unit from the November 22nd fire, no
accident reports have been filed by Exxon with the National Response Center about the fire or
other episodes in the two week period. Neighbors near the Exxon refinery reported five
occasions of bad air during the same period.
"You can't help but connect the dots," said Anne Rolfes, Founding Director of the Louisiana
Bucket Brigade. "If Rex Tillerson, the nominee for Secretary of State, does for the world what
Exxon has done for Louisiana, God help us. We will all be hospitalized from accidents and
choking on polluted air. And Mr. Tillerson will refuse to hold a press conference while he actively
funds misinformation."
The total number of reports about petrochemical accidents in Louisiana, both offshore and
inland, was 71. Fifty-five of those accidents were reported to the National Response Center by
the polluting company or passersby. The additional 16 were reported to iWitness.org by
neighbors impacted by the pollution. Dr. Ezra Boyd of DisasterMap.net has been compiling the
reports since October. "I'm shocked to see week after week, regular citizens are being sickened
in their own homes by chemicals."
The accidents reveal the ongoing infrastructure problems in the oil industry. Thirty of the 55
reports to the National Response Center were from some sort of equipment problem, including
faulty flow lines, leaks, corrosion, failed valves, cracked pipes, split piping and more.
The report also examines an oil spill in a marsh near Cameron Parish. Oil spills in sensitive
areas were shown, in a recent study by NASA and the U.S. Geological Survey, to accelerate
land loss. The dynamics of climate change will also be discussed. The map released in today's
report shows that the average temperature in the state has been four degrees above normal in
the last two weeks. The average temperature has been higher than normal for 15 straight
weeks.
"There is just too much to talk about when we talk about the destruction of the oil industry," said
Ms. Rolfes. "Accidents, air pollution, burned workers, an eroding coastline, climate change.
They get away with it because the harms are overwhelming. But we won't stop. The industry is
wrong. Exxon CEO Rex Tillerson is wrong."
###
Louisiana Bucket Brigade, 2803 Saint Philip Street, New Orleans, LA 70119

Posted by Melinda Pillsbury-Foster at 1:50 PM No comments: 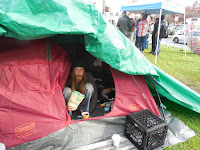 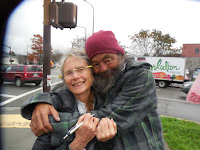 ********
Stop Wall Street and War Street from destroying our world.
And while you're at it, please buy my books!  http://straitwellbooks.blogspot.com/2016/04/our-top-best-seller-right-now-is-bring.html
Posted by Melinda Pillsbury-Foster at 10:54 AM No comments: 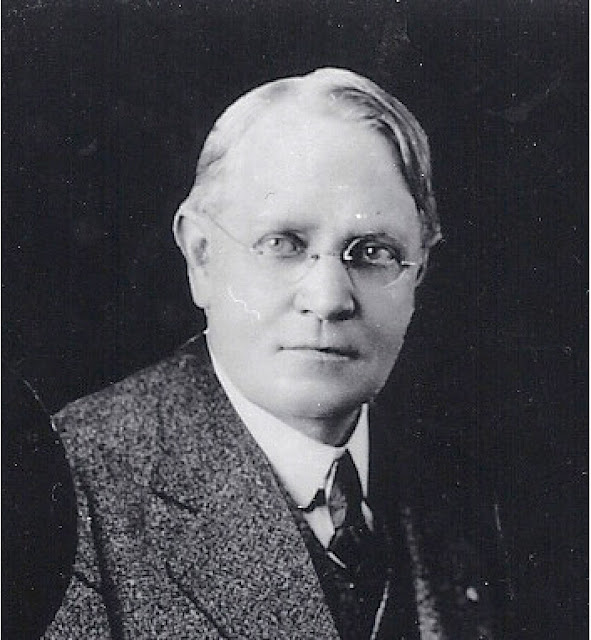 Posted by Melinda Pillsbury-Foster at 8:40 AM No comments: 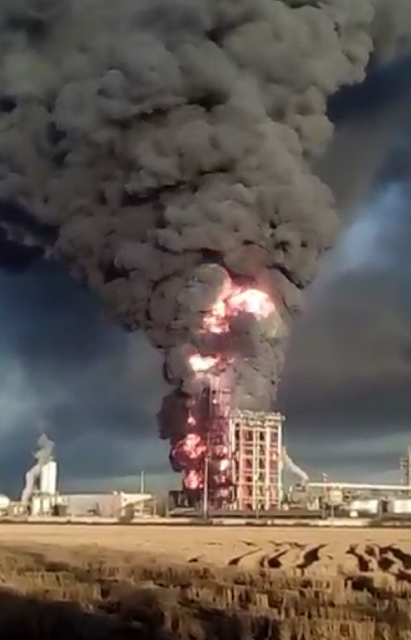 Italian emergency services have ordered local residents to stay inside their home.
The Italian Department of Civil Protection in the province of Alessandria said in a statement "The fire occurred inside refinery Italian ENI energy company occurred around 15:40 (local time), causing a large fireball of tens of meters."
Eni, Italy's biggest refiner, said in a statement the fire had started at around 4.00 pm in the so-called EST plant at the refinery. The cause was still unknown.  MORE

Posted by Melinda Pillsbury-Foster at 8:26 AM No comments: