Update:
Lives at risk in Torrance.CA Refinery and the surrounding area: 255,524 people.
Radius of exposure 3.2 miles.

Now that you know what is happening with ExxonMobil, here is the PBF Energy's history.

The Story of Tom O'Malley
by  Dave Lincoln & Melinda Pillsbury-Foster

Tom O'Malley is making his exit from a stage where he has occupied the central role in an ongoing scheme to convert aging refineries into explosive sources of profits for himself and his team. This month, the last of the corporate shells he used to move the action along, PBF Energy, is about to acquire Exxon's Torrance Refinery, located near enough to downtown Los Angeles to allow the potential explosion from the refinery to light up the sky at the Los Angeles Court House.
In June 2016, PBF will, presumably, add to its stable of four aging refineries with the acquisition of the EXXON Torrance Refinery for a half Billion dollars. This 85-yr-old, trouble-plagued refinery is one of the most dangerous industrial facilities in any major metropolitan area in the United States. For the reasons documented for the first time in this report, we must stop this sale and shut down this plant to prevent a catastrophe in the Los Angeles area.

The untold story of dangerous and neglected refineries could impact the health and safety of 15 million Americans. This twisted and bizarre saga is centered around PBF Energy and the self-proclaimed king of refineries with the Midas touch, Thomas D. O’Malley.
It all started with TOSCO, a company started by an eccentric multi-millionaire, 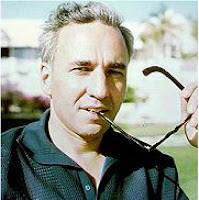 Huntington Hartford, more connected to Hollywood than the oil fields. Our story opens with the purchase of a useless piece of land in Colorado by The Oil Shale COmpany (TOSCO), in 1955. This start-up, fly-by-the-seat-of-your-pants company, intended to focus on extracting oil from oil shale and developing alternative energy sources. Huntington, Amoco and SHELL and later EXXON spent a fortune trying to process oil out of shale just like the Nazis did in World War II; but they failed spectacularly.

In 1965, TOSCO sold part of its Oil Shale project to AMOCO for more than $20 million and began its foray into the refinery industry to build out a ready source of income. First TOSCO bought the Bakersfield Refinery from Signal Oil. In 1970, it bought the Avon Refinery in the San Francisco Bay Area from Phillips. Then, in 1980, TOSCO bought the Oklahoma Refinery from Sunoco for $140 million.
That same year, Arco sold its interest in the oil shale project to EXXON for $360 million and TOSCO sold its 40% interest in the oil shale to EXXON for $300 million. Now, Exxon owned nearly the whole operation and after spending a Billion dollars, EXXON decided they wanted to terminate the effort.
Probably to their chagrin, EXXON discovered the contract required them to purchase TOSCO's interest in the oil shale because TOSCO did not have the money to pursue development on their own. There it was, in the contract in black and white. It was like playing musical chairs with a hot potato where the last person standing got stuck with the burning potato and had to pay off all the other players. Exxon was left with the steaming potato.
It was the perfect outcome for TOSCO since the project was never going to be economic under any reasonable scenario and they were in desperate need of cash. At that time, it was estimated that the project would need a minimum of $5 Billion just to become operational.
So, on May 2, 1982, EXXON terminated the jobs of more than 2000 employees in the area which locals still call “Black Sunday”. During it’s nearly 20-year history the entire project had produced about a quarter million barrels of shale oil worth less than $500,000 dollars. It was a total economic disaster.
The following year, TOSCO bought Arizona Land Resources (AZL Res) for $85 million, a company involved with oil and resort developments in Arizona and Colorado. The CEO of AZL Resources at the time was the enigmatic oilman and UN Diplomat, Maurice Strong. Strong eventually paid over $4 million for fraudulently hyping the stock value of AZL, but he ended up owning the 150,000 acre Baca Ranch in Colorado and TOSCO was left with little of their investment.
TOSCO closed their Oklahoma Refinery just 3 years after purchase. The Oklahoma Dept. of Environmental Quality declared the Oklahoma Refinery contaminated and named TOSCO as a principal responsible party. TOSCO defaulted on some of their loans and continued to sell-off assets. At this point they 'understood' that contaminating people, air, land and water was unacceptable. By 1986, they sold their Bakersfield refinery to Texaco for $22 million.

This was the same, fateful year Thomas D. O’Malley entered the picture. He formed Argus Resources, an oil and gas production company. This ultimately became a family-owned empire made up of Argus Energy LLC, Argus Investments Inc., Argus Development LLC and many other companies based in Connecticut.
Until now, we have followed one company. Now, we will watch, as if by magic, this one company sheds identities while keeping its essential persona and new business plan intact. The skin means nothing, it is the persons inside who making the decisions.  You will need the O’Malley CEO timeline to follow the metamorphosis and understand what is happening as Tom O'Malley provides essential services to the oil industry and becomes wealthy beyond his wildest dreams.

In 1987, Thomas O’Malley and Argus Energy bought 26% of TOSCO and COMFED BANKCORP in Massachusetts. This mortgage lending company was a dubious investment. Along with indictments for fraud on January 15 1988, a COMFED VP, Elizabeth Bourne-Johnson, was found fatally shot in the head in the trunk of her car in South Boston Mass, not a fate generally associated with the banking industry. The same year, O’Malley purchased 40% of TOSCO and became Chairman of the COMFED S&L from 1988 to 1989; at which time he became Chairman and President of TOSCO and moved the headquarters to Connecticut.
Another brutal murder had occurred in Boston about then. Bookie, John McDermott was fatally shot in the head in front of his son who was seriously injured. The son testified that the killer was William “Billy” Barnoski, the enforcer for James “Whitey” Bulger. Bulger was the mob boss, FBI informant and for 15 years their most wanted fugitive who was linked to at least 19 murders and was known to have operated in South Boston during the time the VP was murdered.
It has been speculated that someone in COMFED management who knew Whitey Bulger had Elizabeth Bourne-Johnson silenced because she knew too much about their policies or finances. No suspect was ever named.
By 1990, COMFED Savings Bank had its assets seized in Wakefield. The largest mortgage lender in New England was declared insolvent on Dec. 17th due to massive fraud. More than 30 managers and employees were arrested and charged with fraud and perjury including the bank’s lawyer.
The Hartford Courant reported that three banks in Connecticut acquired over $500 million in insured deposits for a discounted price of $1.5 million. Elizabeth Bourne-Johnson's murderer was never identified.
Now firmly under the control of Tom O'Malley, Tosco begins a new lease on corporate life. It goes without saying that O'Malley must have had a reason for buying an interest in these companies. We can bet he made a profit on Comfed Bancorp before it was declared insolvent – but the only assets associated with Tosco at the time was two problematic refineries.
Since O'Malley is a clever, guy he had to have his reasons for wanting the moribund and dangerous refineries which you will see illustrated below. He could have found a way to profit from insurance claims and tax deductions. But the accumulation of wealth for reasons not in evidence was obvious.
The company was about to experience an explosion in profits as the refineries themselves blew up.

And Back to Torrance

In 2016, PBF intends to purchase the “troubled” EXXON Torrance, CA (built in 1929) for $537.5 million. Let's think about this for a moment.
EXXON had recently been fined over $ 500,000 for workplace health and safety violations pertaining to a major explosion and fire in February 2015 which dispersed catalytic dust up to a mile from the refinery. The CSB investigation revealed multiple process safety management deficiencies and inadequate hazard analysis which contributed to the incident.
The event was described as a “near miss” when a 15-ton piece of debris was thrown 100 feet and just avoided a tank containing thousands of pounds of modified hydrofluoric acid. A release of acid vapor could pose a threat of serious injury or death to the population exceeding 300,000 people within a 3-mile radius. In addition, there has been concern about the ability of these hydrofluoric acid tanks to withstand a major earthquake without rupturing. EXXON denied that there was any significant threat consistent with their previous claims.
Wouldn't these facts make most people more cautious?
Following a 1989 hydrofluoric acid spill, the city of Torrance sued EXXON to convert the HF process to a safer alternative. EXXONMobil in Torrance and Valero in Wilmington are the only 2 refineries in CA that use toxic and volatile hydrofluoric acid (HF). EXXON argued that they could not make the change because it was too expensive. Instead they proposed their own proprietary formula for a 30% additive which was tested to reduce vapor formation.
Subsequently, to cut costs they reduced the additive to 10% without independent testing. Thus we do not know if the current formula for Modified HF (MHF) actually works.
Of all the refineries mentioned in this article, the Torrance Refinery is the epitome of a “fire trap”. Since 1979, the Torrance Refinery has reported no fewer than 18 significant incidents of leaks, fires and/or explosions which have resulted in a total of 8 deaths and 74 injuries. This total does not include the 2500 citizens who sued EXXON for damages after a mist of greasy oil fell on their property following a pipeline explosion in 1984. Also the refinery has been emitting over 100,000 pounds of Ammonia per year since 1999 averaging over a million pounds of Ammonia per year between 1996 and 2007. Alarmingly, it has emitted nearly 100,000 pounds per year of toxic hydrogen cyanide from 2011 until 2014, the last year for which data is available.
For these reasons, PBF has stipulated that EXXON must operate the Torrance Refinery without problems continuously for 15 days before the company will complete the sale. Although the plant was finally restarted on May 10, 2016. Some modifications have been made and the clock has not yet been restarted for the sale to continue.
On May, 27,2016, Thomas D. O’Malley announced his retirement from PBF effective at the end of June 2016. Coincidentally his son Todd O’Malley resigned as President of PBF Logistics earlier to assume the role of President of Gulf Oil in Framingham, MA. This struck us as a curious coincidence since we had published our first article about PBF not long before the announcement was issued.
And on June 20th, a 300-ton Crane collapsed, narrowly missing the cracking unit, which was operating at the time. This was another near-miss – but the refinery continues to operate while the clean-up goes on. This, historically, is the time when most explosions or other 'incidents' take place.

Our advice is – Close Exxon-PBF Torrance Refinery down now before, not after, the next 'accident.'

Posted by Melinda Pillsbury-Foster at 10:57 AM