COMMENT - Notice the clean-up workers are not wearing the most essential part of clean up gear, respirators.  Evidently this is something journalists in the area are still overlooking.  Numbers of these workers will likely have reported flu-like symptoms.  First stage for petroleum poisoning. 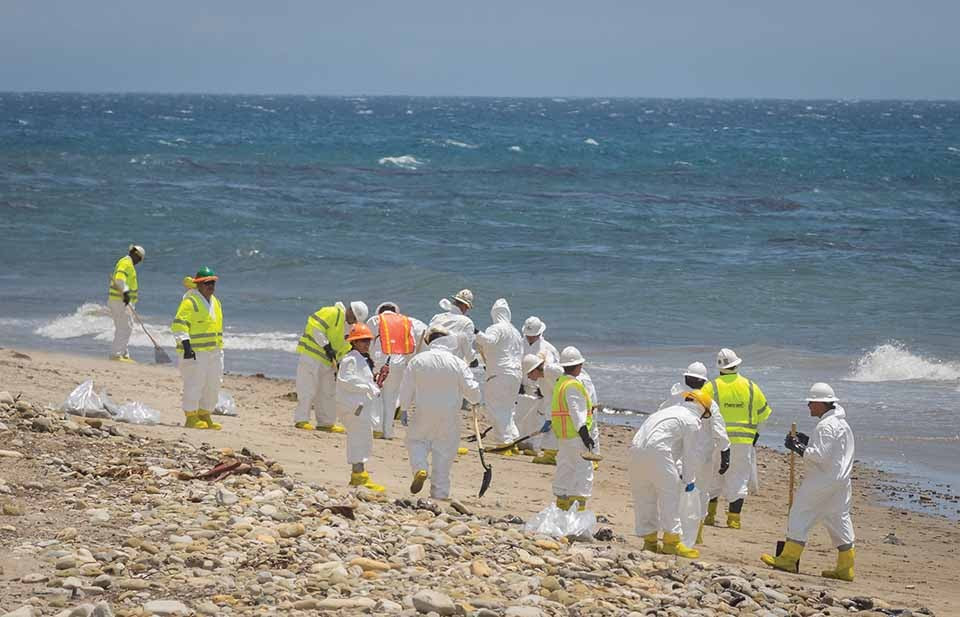 The pipeline that was responsible for the Refugio oil spill in May could take up to five years to get back online and the best-case scenario is 18 to 24 months, according to California Economic Forecast Director Mark Schniepp.

He spoke to a room full of the biggest oil players in Santa Barbara County, public officials and members of the Chumash on Nov. 5 about Santa Maria and the region’s economic future, which are inextricably tied to the oil and gas industry.

If Houston-based Plains All American Pipeline’s Line 901 remains dormant over the next three years, Santa Barbara County could lose out on an estimated $74 million, Schniepp told about 100 people at the Economic Action Summit at the Radisson in Santa Maria.  MORE
Posted by Melinda Pillsbury-Foster at 12:52 AM