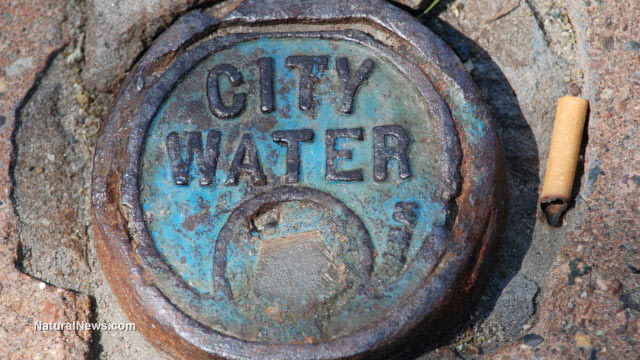 (NaturalNews) Already pressured by a collapsing economy and a financial state of emergency, the people of Flint, Michigan, were also deprived of clean water in 2014, when the state decided to switch the city's water source to the notoriously mucky Flint River in a bid to save money. In the absence of proper treatment, the water eroded the lead service lines and put all residents in danger. Although the lead-poisoned locals and children are now forced to deal with the consequences of this reckless act for the rest of their lives, the city and state officials responsible have yet to pay any noteworthy price.

As another man-made disaster quietly turns into past, the nearby rundown areas of Detroit are faced with a similar threat. Alongside miserable poverty, bad pipes and neglected water treatment systems are dragging Detroit into third-world status.

Was Flint only the beginning?

After almost two years of drinking toxic water, the people of Flint were finally acknowledged in October 2015. In the meantime, the high levels of lead found in drinking water translated into brain damage, learning disabilities and pregnancy issues for the residents. Children have been permanently hindered in their natural development. But it took until January 2016 for the government to mobilize the National Guard and begin distributing bottled water and filters in Flint.

What lesson do we have to learn from this? Wouldn't the residents of Flint be much healthier today had they listened to their own instincts and stopped drinking tap water when it started smelling funny? Most importantly, has the government done anything to help prevent this from happening elsewhere in America?

Not only are the residents of Detroit on the brink of facing the same disastrous water situation, but it seems that most of them can't afford running water to begin with. According to Detroit census records, 60% of households with children under 18 live in poverty. Of the 200,000 water customers in Detroit, 108,000 are 60 days past due on bills, and their water has consequently been shut off, leading many to collect rainwater for daily use.

The horrible truth doesn't stop here. Darrel Earley is the emergency manager who oversaw the switch of Flint's water source. The same Darrel Earley is now in charge of Detroit's public schools.

Recently shared photos taken by teachers from Detroit are shocking, to say the least, but speak a thousand words for the current status of the city. Five days a week, children and teachers are faced with black mold, toilet water leaking through the ceiling, mushrooms growing out of the walls and extreme cold.

Flint and Detroit are not singular cases in America, where the entire infrastructure is headed for collapse. From 2013 to 2014, city officials in Sacramento, California, were literally experimenting with a cheaper water treatment option on the unknowing residents. The result? For almost a year, Sacramentans were exposed to toxic chemicals that raise the risk of cancer, miscarriages and birth defects.

Not long ago, much of central Texas found itself on the brink of a similar disaster, when local officials uncovered the fact that their drinking water tested over federal legal limits of radioactive radium, so much so that the local scrapyard turned down the steel water pipes because they were too radioactive. It seems that the water was so contaminated, that it would result in one additional cancer patient for every 400 people.

Whether in Texas, California or Michigan, it seems that the people are the last to know about the health hazards they are exposed to. In light of all these events and possibly many to follow, we strongly recommend that every citizen should be prepared to filter, purify and store their own water.