Editor, ACP Vision - Watch this space for the article that tells you just how back this trend can get. 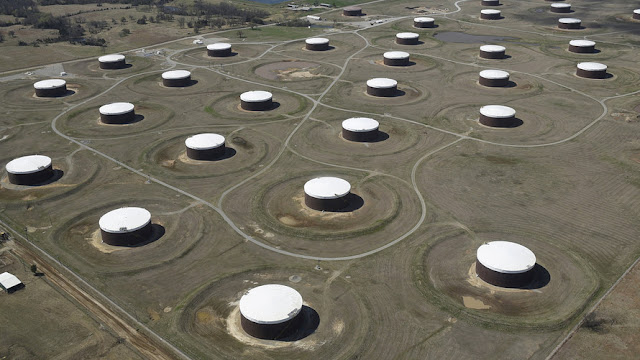 A 5.0-magnitude earthquake rattled Oklahoma on Sunday night, causing “significant damage” to the town of Cushing, about 50 miles northeast of Oklahoma City.

Cushing is home to the country’s largest commercial oil storage hub. There were no immediate reports of damage or problems related to oil storage or production.

The 7:44 p.m. quake, initially reported as 5.3-magnitude but later downgraded by the U.S. Geological Survey, was felt as far away as Kansas City, Mo., and Little Rock, Ark. The USGS said the quake was centered about two miles west of Cushing, at a shallow depth of about 3.8 miles. MORE
Posted by Melinda Pillsbury-Foster at 8:18 AM