‘Flaring’ at the Torrance Refinery under scrutiny 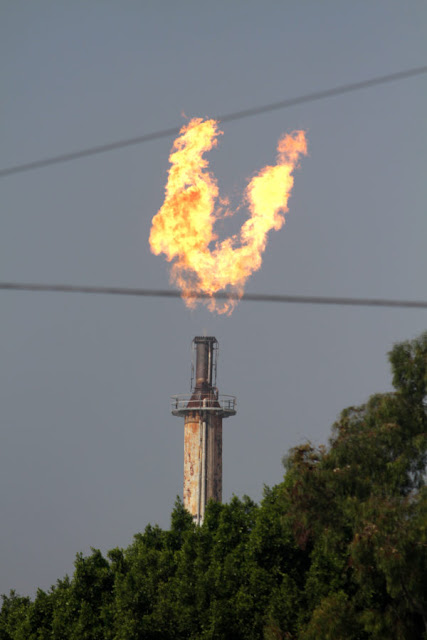 Tall flares and billowing black smoke released from the Torrance Refinery earlier this month have prompted added concern from nearby residents and increased scrutiny of the refinery from regulators, which may lead to broader reforms for refineries all across Southern California.
The South Coast Air Quality Management District, the local agency tasked with air pollution control for much of the region, issued a Notice of Violation to the Torrance Refining Company on Oct. 11. During a “flaring event” that morning, the refinery “discharged such quantities of air contaminants…that caused a nuisance to a considerable number of persons or to the public,” the notice alleges.
The  flaring was caused by an unanticipated power supply interruption from Southern California Edison’s La Fresa substation on Yukon Ave., according to AQMD filings. In addition to the refinery, the power outage affected nearly 100,000 customers in the South Bay Area.  MORE
Posted by Melinda Pillsbury-Foster at 6:13 PM