“It may not happen today or tomorrow, but one day a town or a city is going to get wiped out.”
-Larry Mann, rail safety expert and principal author of the Federal Railroad Safety Act.
by Melinda Pillsbury-Foster

Will it be Torrance?
Today, July 1, chronicles the transfer of the Torrance Refinery to the ownership of PBF, the initials used representing, PETROPLUS, Blackstone Investments and First Reserve Bank. PBF Energy was formed in 2008 under the oversight of Tom O'Malley as CEO. O’Malley rise to wealth and power is told in Explosive Profits, which was published on Tuesday, June 21st. 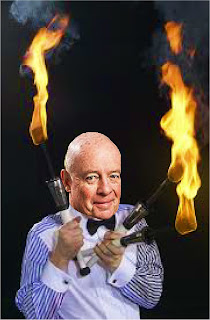 PBF, historically, follows the business strategy laid out by Tom O'Malley, which has brought him enormous wealth through a series of refineries which were run until they experienced explosions or other disasters which made it impossible to continue to use them to produce products.
O'Malley's business plan is predicated on borrowing enough to purchase the failing refineries. This is a benefit to the corporations selling these if you calculate what it would actually cost to bring them up to the legal standards for operation and liabilities for accidents. These refineries are then removed from the selling company's list of liabilities. Understand that oil companies are cut a lot of slack, historically, by government, so the potential hazards built into this strategy to those living nearby are cheerfully ignored.
So there it is, Torrance Refining Company, even PBF Energy has moved it to the

category of 'subsidiary.' Yes, let us introduce financing, according to PBF's news release, “$537.5 million, plus working capital. PBF financed the transaction with a combination of cash, including proceeds from its $350 million public equity offering in October of 2015, and borrowings under its existing revolving credit facility.”

EcoAlert's Dave Lincoln, an Environmental Consultant of experience and long repute, has tracked these events along with others in the Petroleum Industry. This morning he was asked by an associate during a conference call if he would stay in the area now that PBF is in charge. Dave answered, “Absolutely not. I would pack up and move immediately.” Asked how far he thought would be safe, Lincoln responded, “five miles.”
Dave had decades of experience with the petroleum industry with companies around the world before he decamped.
How many people are at risk, you might wonder? The estimate is over a quarter million souls living within the danger zone. We pass this comment on to you to ponder. We hope we are wrong, but if the cat keeps doing its business on your bedroom rug the chances are that is not going to change.
Posted by Melinda Pillsbury-Foster at 7:01 PM