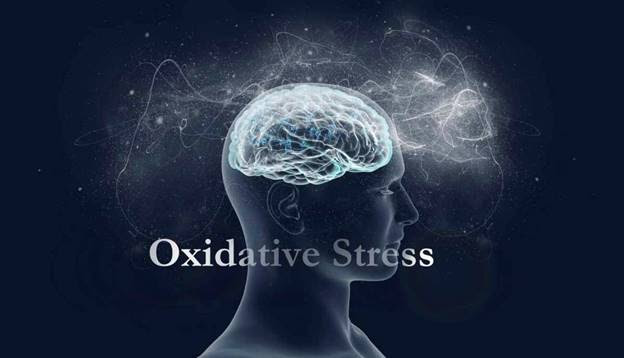 Studies on brain tumors in the past 10 or more years have shown an increase in the incidence of brain tumors in the general population. Can you guess why this is so? Extensive research during last two decades has revealed the mechanism by which continued oxidative stress leads to chronic inflammation, which in turn mediates most chronic diseases including cancer.
Oxidative stress, caused by rivers of free radicals, is a plague on modern man. Whether it’s the toxic pollution in the air you breath 24/7, the radiation your doctor exposes you to,[1] pharmaceutical medicines, chemotherapy, your cell phone constantly at your brain, or even your WI-FI and other EMF pollution generating devices, you expose yourself to oxidative stress,[2] which will drag you down into the pit of disease and cancer putting an end to your happiness, health and even life.
Oxidative stress has been associated with numerous health conditions including chronic fatigue syndrome, fibromyalgia, diabetes, Alzheimer’s disease, anxiety, insomnia, cancer, and just about every disease you can imagine yet doctors seem to ignore this fact and work as hard as they can to increase your oxidative stress when they know we are already against the wall with toxins and stress. Imagine a patient, newly in remission from cancer, being exposed every three months to CAT or PET scans, which dramatically increase oxidative stress, just begging for the cancer to come back (or a new cancer to emerge) so they can treat the patient again.
Read More
Posted by Melinda Pillsbury-Foster at 12:40 PM No comments: