On May 19, 2015, a 24-inch diameter on-shore crude oil pipeline owned and operated by Plains All American Pipeline, L.P. (NYSE:PAA) (NYSE:PAGP), ruptured causing a grand total of approximately 2,000 bbl of crude oil liquids to be released along the shoreline spanning the area between the townships of Goleta and Santa Barbara, CA. This was a significant event for the region and local regulatory agencies immediately became involved. While not massive, the rupture is the largest onshore incident along the California coast in 40 years.
(click to enlarge) 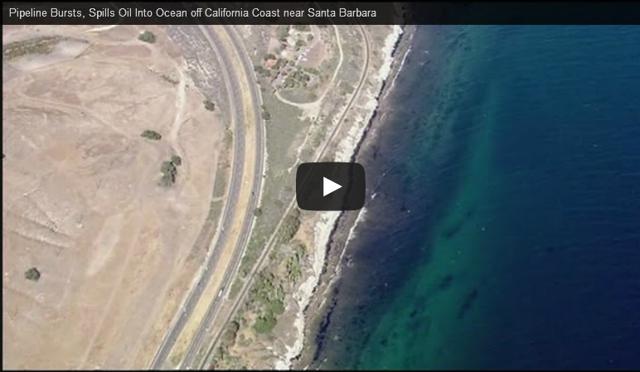 On May 21, 2015, the U.S. Dept. of Transportation ordered the ruptured pipeline to be shutdown (the 24-inch diameter line 901), pending an intensive inspection of its structural integrity and remediation of any faults.
MORE
Posted by Melinda Pillsbury-Foster at 11:45 AM No comments: